Skip to content
bethany stories April 5, 2018June 22, 2018
dear universe,
good morning:) it’s been awhile. I’ve been busy with school, the drama, the winter retreat and so on but I’m here now and better then ever. I hope you have been having a wonderful life. here it’s been getting just warm enough to hint at spring and then dropping back below and threatening to snow. I’m so ready for spring. it’s cold.
I know in my recent post i talked about starting up my YouTube and not focusing on this as much but I don’t think I will be able to go as far with YouTubeing as I had hoped right now. so that means I should be able to focus more here. XD
recently I’ve been having a wonderful time rediscovering God and all his amazing ways. it’s taken me awhile and some straying to get here but I’m here now and I’m so happy and shocked I made it this far. two months ago I couldn’t see myself being alive today. now I was just thinking yesterday about what I want to do after highschool. ♡
below is a story my mother sent me. it touched me and I wanted to share it so here it is. (the picture is of me in the snow because snow pics are the bomb.com)
♡♡♡♡♡♡♡♡♡♡♡♡♡♡♡♡♡♡
Once upon a time there was a young boy. He was beautiful, and he was marked. Most could not see the mark as it was invisible to human eyes. Nonetheless the mark was evident.
The boy lived life like most other young boys. He enjoyed being outdoors and living a little on the edge of adventure. Before long he grew to double digits and then went through the awkwardness of middle school and puberty. Now the boy was a young man. He was tall. He was strong. He had a deep voice. He began to notice girls around him. In all these ways this guy was like all the other guys around. There was one way this guy was entirely different from all the other guys around. He was marked. He was marked with the Holy Spirit, and this boy knew it. He had set his face like flint toward the God of the universe and decided his life would be for the King of Kings.
Now, I told you this guy noticed girls. He was a guy after all. He had simply made a decision that girls would not run his life. He would serve the King and Him only. He wanted a girl. He wanted a wife. But he refused to settle for less than the best. And he knew his teenage heart would have a difficult time judging what would be the best for the long run. So, he made a decision to do something  unheard of in the culture around him. He would wait. He would watch. He would run hard after God and keep an eye out for who was running along side him.
There were nights, more than a few, when he would cry hard tears and punch a punching bag quite fierce because his emotions didn’t like his decision. But he held to his commitment. He waited. He watched.
One by one the girls were picked up and chosen by all the other guys. Would there be any left for him? Would any save themself for a man? Would they all go to teenagers? Would any run after God and Him alone? Would any choose to wait? He must trust that somewhere, somehow, she would be waiting just like he was. So, he prayed for her. He prayed for himself and hoped she prayed for him.
There were girls around him that we’re beautiful and tempting. And some he thought cared for him, yet they didn’t want to wait. They went out to have their fun times and he saw their hearts be broken time and time again. He would have comforted them… But he knew they would fall for him and not be willing to wait, so he kept his distance. He knew his heart couldn’t get to close yet or he would not be able to wait either.
There was one. He watched her. She was marked. He could tell. So often she tried to scrub the mark off and follow what all the other girls were doing. But she couldn’t quite get the mark to come off. He hoped she would stop trying so hard to go the other way. If only she would surrender to the One who marked her and let her self be lonely for now. She would be the one he would go for. She would be the one he would pursue. She would be the one he would woo and win. She was like him. And he was waiting.
♡♡♡♡♡♡♡♡♡♡♡♡♡♡♡♡♡♡
this is so beautiful and honestly I love it so much.
I’m currently sitting on the bus on the way to school and it’s 7am while I’m writing this. I love school. I just wish I could choose the people in it sometimes. anyway 🙂 I hope you all have an amazing day!
•leave any post suggestions in the comments below and I will do my best to get to them// 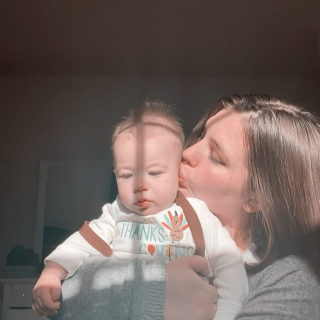 “a color blind person sees no color on the bee but we all insist it’s yellow and black. they think we simply are making up an unfathomable concept of color. your blind to your own beauty and even tho we all insist it’s there you don’t believe us because you can’t see it yourself. just as that color blind person must trust the concept of color you must trust your own beauty.” ——————original quote

check out my friends on their journey!